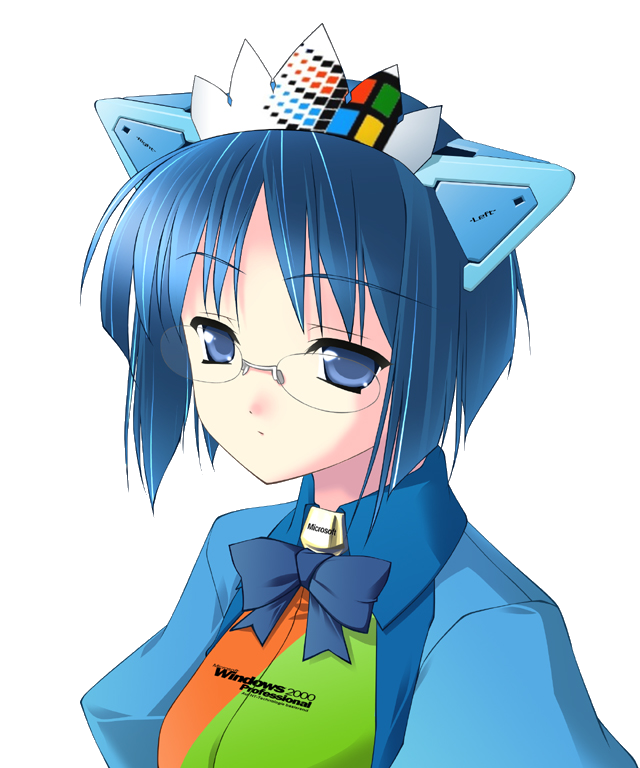 The OS-tan for Windows 2000, specifically the Professional edition.


At the time of its release in February of 2000, Windows 2000 was considered to be the most effecient and stable operating system which Microsoft had released.

To reflect this, 2k-tan was given a 'mature servant'-like personality, framing her as having the most effecient and stable personality among the OS-tans.

Among the other OS-tans which were present at the time, she is usually depicted as the 'sensible adult' of the group.

This results in her acting as a parental/guardian figure for ME-tan, or otherwise as the comedic foil to her antics. 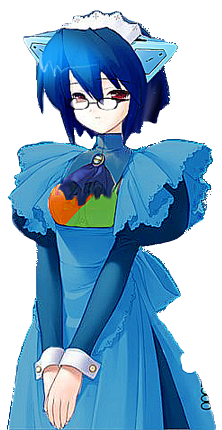 To accomodate her sophisticated character, 2k is usually drawn with a sophisticated wardrobe, such as European maid-style clothing or office clothes.

The most common element of this depiction is a maid's hairband, which she is almost always drawn with.

Her hair and eyes are usually blue, skewing often towards a deep indigo or navy colouring, which is supposed to replicate the blue used in the default Windows 2000 colour scheme.

She often wears a blue dress or overcoat with a brighter blue than her hair, as well.

This coat has a long skirt which emulates that of a maid's dress, and a bow, tie, cravat, or ribbon of some sort.


Her outfit is sometimes entirely blue and grey, although it usually has other colourful ornaments, as well.

Her shirt/chest apparel has the four colours of the Windows Logo, and is often described as a "swimsuit".

This refers to how it's usually a one-piece item of clothing.

I see no reason why this has to be the case, however, since there are plenty of non-swimsuit clothes with that model, and I have yet to once see art of her swimming in said swimsuit.

Anyways, a large portion of the art I've found of her has it drawn as a two-piece set of clothing, instead.

There is also a third common wardrobe, in which it is difficult to tell if she is wearing one piece over her body, or a top and briefs which happen to overlap. 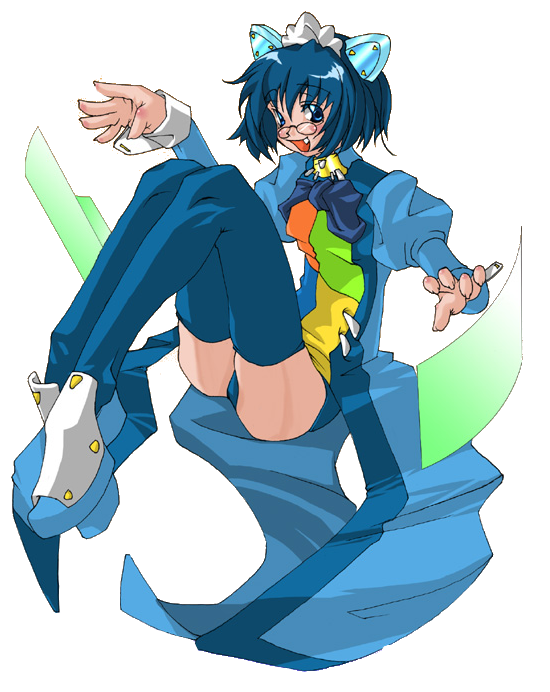 Another almost univeral element of 2k is her glasses, because obviously everyone who wears glasses is smart.

Along side her hairband are two ornaments, often mechanical in nature, which are supposed to represent cat ears.

The is due to her name, にけ (Ni Ke, or 2k), being close in spelling to にゃけ (Nya Ke), with にゃあ (Nyaa) being the sound which is attributed to cats in Japanese.


This relation to cats comprises one of her alternate characterizations, with a more playful personality, similar to that of a cat.

Art of this kind often has her with organic cat ears, and a tail as well.


She also sometimes has metallic ornaments around her attire, usually solid gold, pearl gold, or silver of some sort.

They're usually located around the zenith of her collar, or around her waist, and often have the words "Microsoft" or "Windows 2000 professional" engraved into them.

I don't see what the gold colour has to do with Windows 2000 in particular.

Though, I suspect that it started as a way to include yellow in the colour scheme of 2k, so that all four colours of the Windows Logo could be present, or otherwise to fit with her more mechanical design.

It may have stuck ever since. 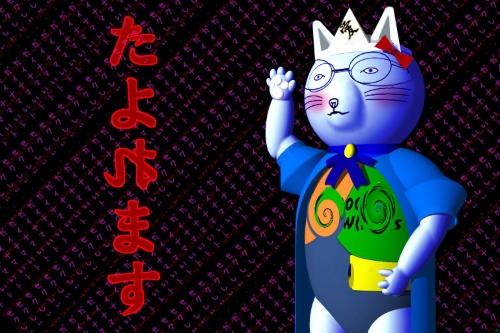 Speaking of cats, there are quite a few pieces of artwork where 2k is a literal blue cat.

These seem to have been made by multiple different artists, and I have absolutely no idea what it's supposed to mean.

This type of art exists for multiple OS-tans, but it's especially common for 2k in particular, so it must have been some sort of inside joke from 20 years ago.

Also, many images I downloaded have special thumbnails where the image becomes blue cat 2k for instead of the regular art.

I didn't know images could do that, so it was both surprising and also somewhat concerning. 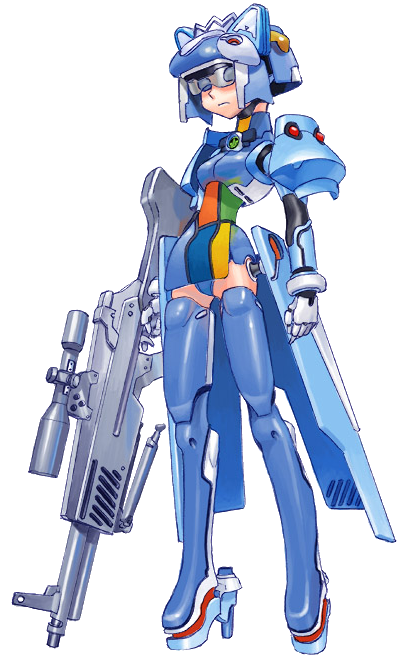 A third aspect which is usually attributed to 2k-tan is her affinity for weapons and combat in general.

This includes her being drawn with guns, swords, mecha suits, and other, usually high-tech weapons.

This is most likely due to her design being reminiscent of various Mecha Musume series, with her maid clothes and machine cat ears and such.

Coincidentally, computer viruses were especially prevalent around the time of Windows 2000's release, so it makes since that she would have to do a lot of fighting.

As the guardian of the group, she would also have to protect the other OS-tans, as well. 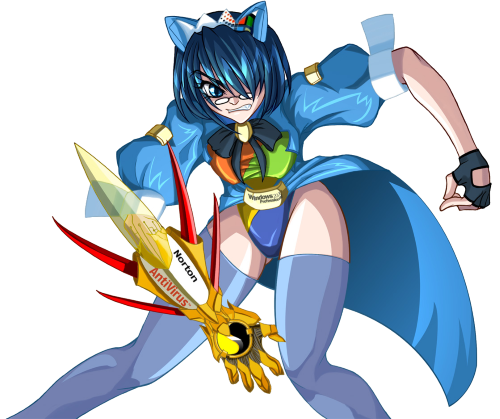