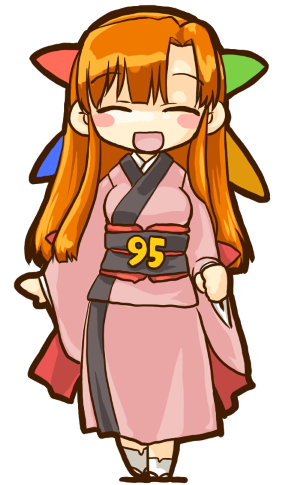 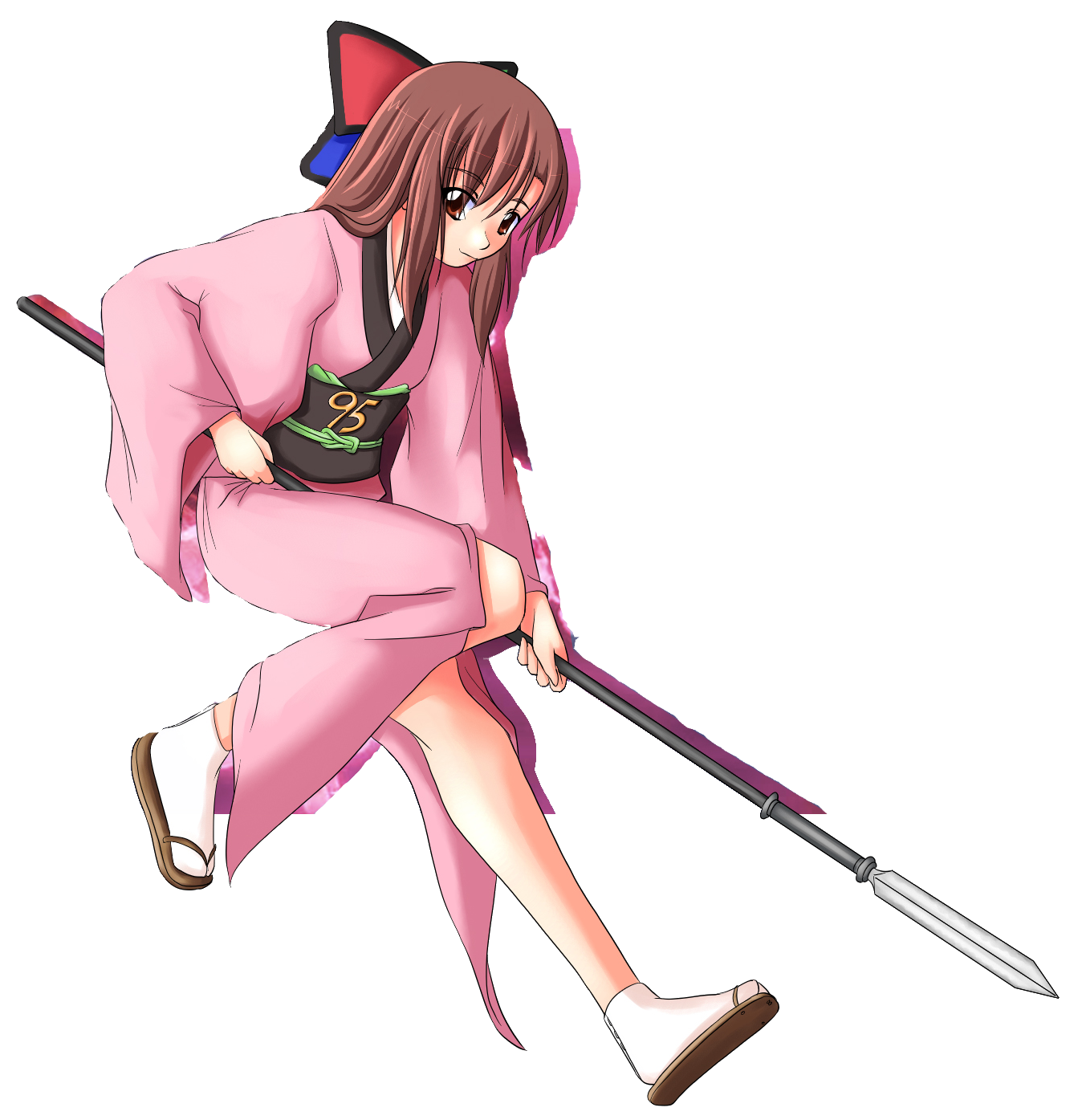 Aside from the trio of the main three OS-tans, 95-tan seems to be the runner-up in terms of popularity, putting her in fourth place.

She appears in most group fanart, though the number of individual fanart of her is slightly lower than ME-tan, 2k-tan, or XP-tan.

Unlike the other three, I have yet to find a common nickname for 95-tan which has a sensical meaning.

Since Windows 95 was the first OS to use 32-bit operating, which became the standard by the time of the first boom of OS-tan art, she has a noticeably historic design. 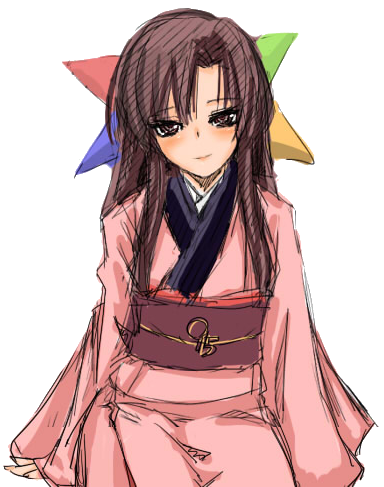 To match the servant trait of the other OS-tans, 95-tan is usually drawn doing things which were common tasks of servants and maidens during older era of Japan.

These tasks include cooking and brewing tea, notably with historical equiment and comportment (I think; I'm not a 100+ year-old Japanese person).

Although her design is supposed to reminisce of a much older time period than the other OS-tans, she doesn't seem to be much older than say, 2k-tan, for example.

Her wikipedia entry suggests that she is unfamilar with recent technology, though i have yet to see much art depicting her in such a fashion.


Her hair is long, either brown, rose, or burgundy.

Somtimes it down, while other times, it is in a ponytail.

Her most unanimous element is her hair ribbon, which has the one of the four colours of the Windows logo on eack of its tails.

Quite a few artists like to draw her with small, round glasses.

Her clothes are those which were popular among Japanese women near the start of the 20th century, such as during the Meiji era, for example.

These include a kimono, obi, hakama, and geta in the style which was à-la-mode during the late 19th century.

The numbers '95' are often stitched into her obi, which I'm fairly certain is that belt which ties around the kimono.

Her kimono's material is based off of one of the backgrounds for Windows 95 in Japan, known as '花見.bmp', which most OS-tan websites just refer to as 'hana256.bmp'.

Searching for 'hana256' yields very few search results, which made finding the image difficult to locate.

Rest assured, though, it does exist: 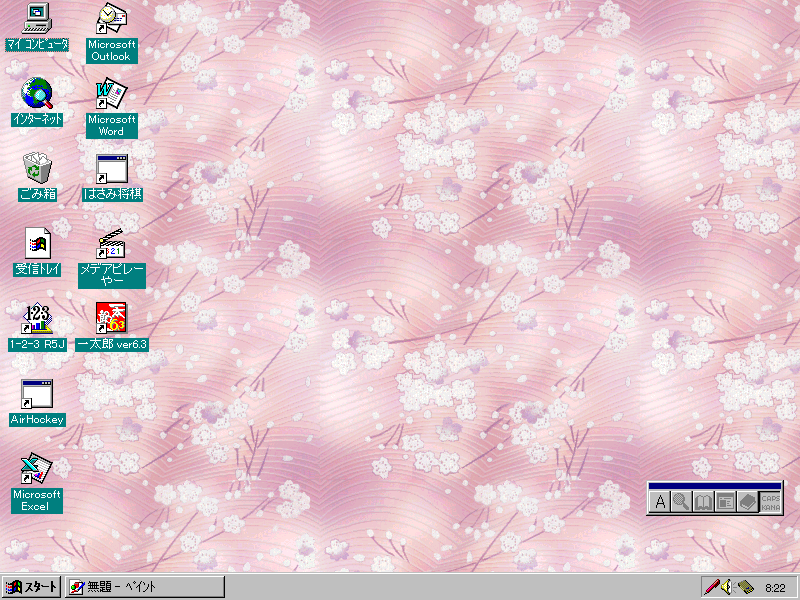 The only sources I'm aware of which actually links the image to the name 'hana256' are recent, such as this Twitter post from 2021.

The OS-tan pages which reference eachother for information, however, haven't been changed much since the mid-2000s.

I suppose the origin of the name 'hana256' will be a mystery for some while longer.

As is common with characters who wear the fashion that she does, 95-tan wields a katana.

She is sometimes shown with other historical Japanese weapons, as well, but the katana is the most common.

There is lots of art with her and her sword, even more than 2k-tan with her weapons.

It reminds me a lot of the character designs in things such as Ruroni Kenshin or Sakura Taisen. 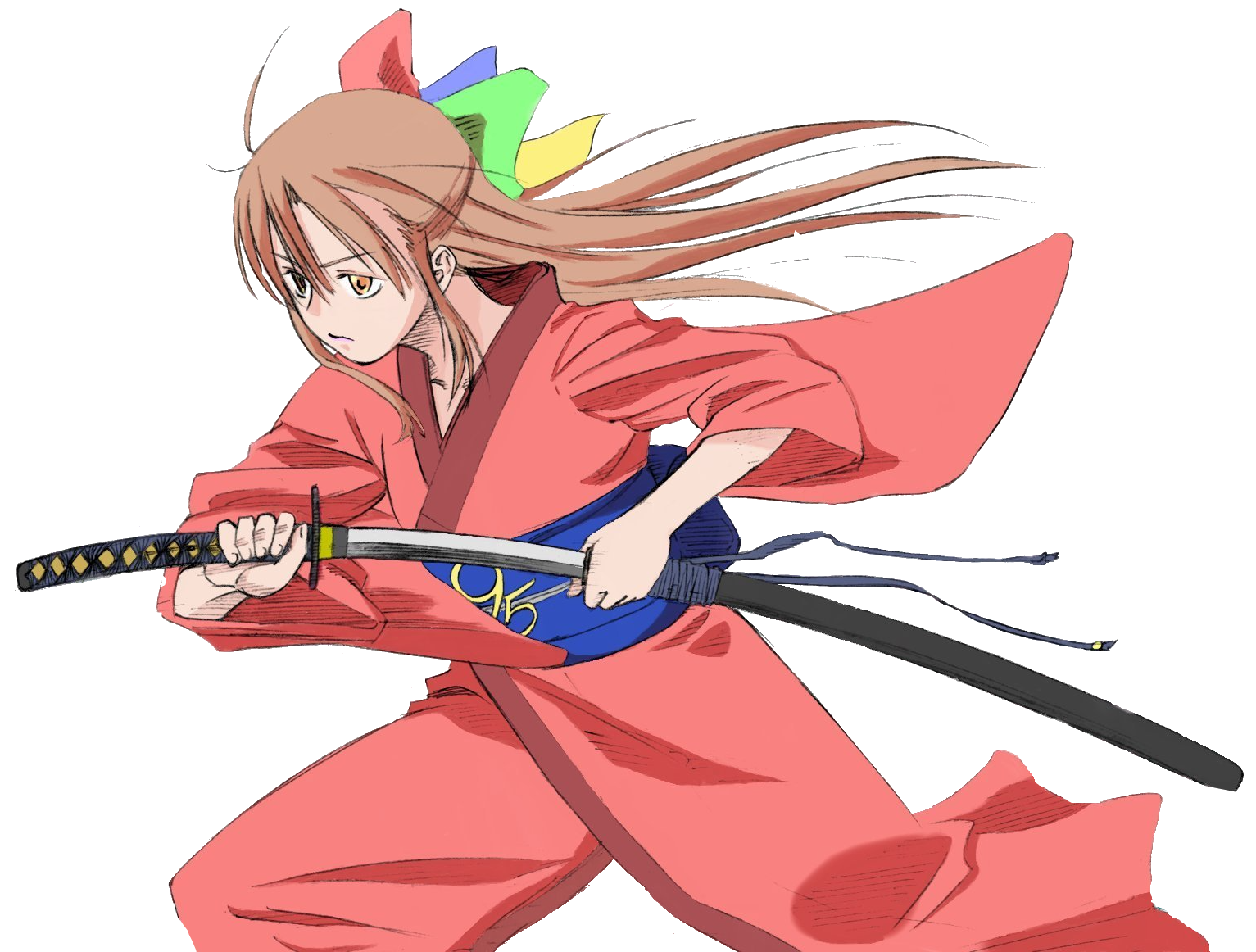