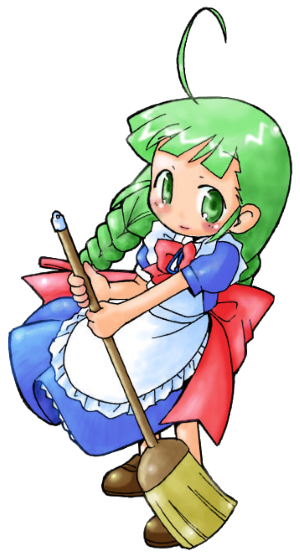 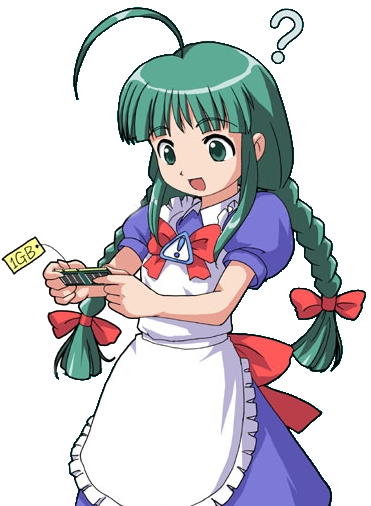 The OS-tan which first popularized the movement was ME-tan, which personified the Windows Millenium Edition's numerous issues, such as often crashes, by moulding them into personality traits applied to an anime girl.

As an operating system, her role is to perform all of the tasks requested of her by the PC's user.

In this respect, however, due to Millenium Edition's multitude of issues, ME-tan is unable to do her job correctly.

As such, she is characterized as a young girl with a goofy personality, she's a total clutz, and her main personality traits are foolishness, a lack of sense, and unreasonability, usually played for comedic effect.

Due to her incompetence, she often causes more problems than she solves, which in turn have to be resolved by the other, more mature OS-tans.

Still, she always tries her best.

As for her design, to resemble the logo for Windows ME, which has a green box around the Windows logo, along we typically green text, she has green hair.

She wears a dress similar to that of a maid, as her job is to serve the device's user (sometimes referred to as a 'master), with jobs such as 'cleaning' file directories, and making sure that the PC is virus-free.

Around her neck is a bow or cravat of some sort with an exclamation point inside of a triangle.

This symbol is supposed to parallel the error icon, since the OS was especially prone to error messages. 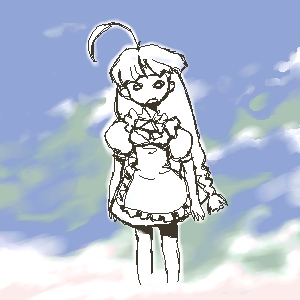 Since ME-tan was the OS-tan which first caused the movement to gain traction, her design is that which is most unanimously agreed upon.

Aside from her green hair and eyes, her dress is blue, and she wears various red ribbons; the two other colours prominent in the Millenium Edition logo.

Aside from colours, there is also her her style.

She has usually two, although sometimes only a single, braided tail.

She is also drawn with an ahoge of varying sizes, usually very large (she can use it to fly; it works like a propeller).

After all, everone knows that, as the ahoge size increases, so too does the brain size reciprocally decrease.

ME-tan often wields an onion stick as a weapon.

This is supposedly a reference to an anti-virus program which was popular in Japan at the time, known as NeGIs (which I can only assume was spelt ネギス, Negisu).

So, to fight of malware attacks, she uses NeGIs (note that I can't find any other information regarding NeGIs, or that it was even a thing).

To understand the pun, note that the word for that type of onion in japanese is ねぎ (Negi), which is hiragana analogous to ネギ (Negi). 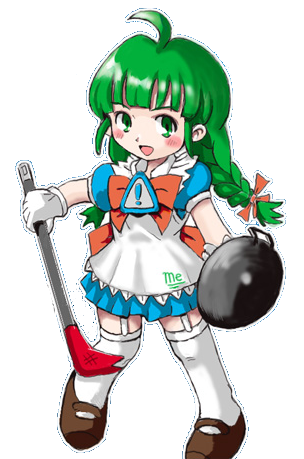 A further expansion of this concept is to instead have ME wield a crowbar.

This most likely started since the two objects look similar when drawn in black and white, so I imagine that they were often confused for one another.

Additionally, as anyone who has played a source game would know, crowbars are the height of humorous weapons, so it's a natural fit for a comedic relief character to wield one.

Emui is herself the 'mascot' of sorts for OS-tans, since she is the most recognizable.

As such, there are not many alternate versions of her, unlike other operating systems.

ME-tan is usually depicted as the foolish-yet-hard-working young girl comedic relief archetype you may find in something like Azumanga Daioh or Yotsuba&.

As such, another popular genre of funny spinoff images is that of an extremely muscular or violent Emui. 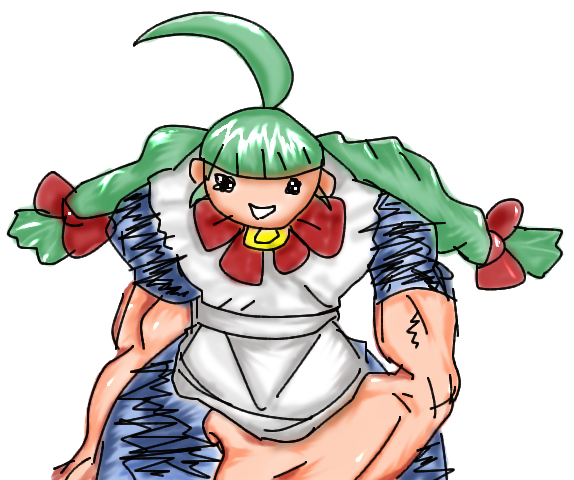 Her OS-tan Collections page says that her creator is "now called ME-aki", although I have yet to find any trace of this person online as of yet.

It also says that she is often known as "Emui-san", although I have yet to see many sources use this.

I will sometimes, though.

Considering the release history of Windows, and that ME is a 9x-based OS, this makes sense.

It does, however, present an odd family dynamic, since ME-tan would be looking up to her nieces as parental figures.